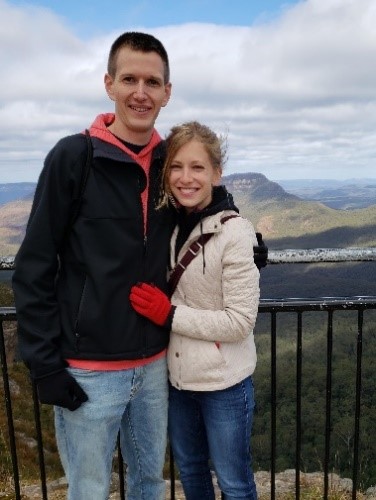 South Central KFMA Association’s spotlight on Ag Economist Aaron Meisenheimer comes at you fast! Aaron is the newest team member in the Hutchinson office. He has blazed a trail since the starting pistol fired about a year and half ago.

Aaron is a native of Pretty Prairie, Kansas. He grew up the youngest of three children on a family farm focused on grain production. A gifted athlete, Aaron competed in cross country races in high school and then in college at Southwestern Baptist University, SBU, in Bolivar, Missouri. He graduated from SBU with a Business Management Degree in 2016. Afterwards, he worked on his family farm operation and served as a tax preparer in Kingman.

Since joining the KFMA team as an Associate Economist, Aaron has enjoyed building relationships with members, helping them grow their businesses, and learning from them in the process. His background in production agriculture, and extensive experience on a family farm, has helped build a connection with members and proven fruitful as he walks beside producers thinking through decisions on their own operations. This, coupled with Aaron’s education, have made him a valued team member embodying KFMA’s core values of relationship, integrity, service, and excellence.

Aaron is an avid traveler. Whether running trails, taking his road bike for a spin, or hopping a plane to another country, he enjoys seeing the sights and sounds this world has to offer. During down time Aaron often reads novels and books focusing on history or other deep subjects. Within the last six months, Aaron married his wife Kayla, an elementary teacher, and was advanced from an Associate to a full KFMA Economist.

KFMA is thankful Aaron is on our team supporting farmers and ranchers across the state. His, and our other Ag Economist’s, passion for serving producers and commitment to excellence have made a mark across Kansas, and look to continue doing so in the future.

For over a year, Southeast KFMA Association members have been served by Devyn Huggans. Devyn is a native of Geneseo, Kansas who has brought her background in farming and passion for accounting to members in Cowley, Chautauqua, Elk, and Woodson counties.

Raised on a multi-generation family crop farm in Rice County, Devyn is very familiar with yearly ebbs and flows on farms, and the cycles commodities tend to follow. She graduated from K-State University with a Bachelor’s and Master’s degree in Accounting. Before joining KFMA in the El Dorado office, Devyn worked as an auditor in an accounting firm in Wichita. She sees accounting as the backbone of farm management and crucial to helping producers make wise decisions.

Devyn enjoys helping farmers and ranchers plan their operation’s current and future directions. Each season is unique and she appreciates the variability of the job and the operations she works with on a daily basis. Seeing experienced operators plan farm succession, and beginning producers made strides forward with growth, have been especially rewarding to her in the recent months.

When she isn’t working with producers, Devyn has a wide array of activities she enjoys. First and foremost is spending time with her husband, Loren, a police officer and firefighter, and their daughter, Alayna, the boss of the house. Devyn learned many skills while growing up in Geneseo and still enjoys crocheting, cooking “country home food,” and reading a historical book today.

KFMA is proud to have Devyn on the team serving our over 2,200 members across the state! She has jumped head first and made a positive impact for her members already. If you have not met Devyn, give her a call, ask about her proficiency with American Sign Language, or inquire as to the secret to her famous ham and dumplings recipe. 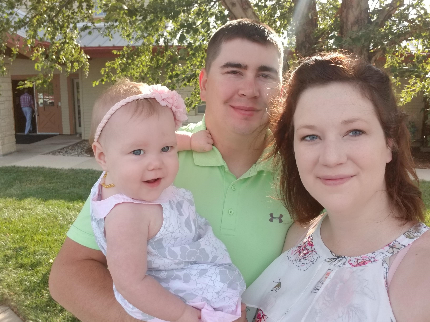 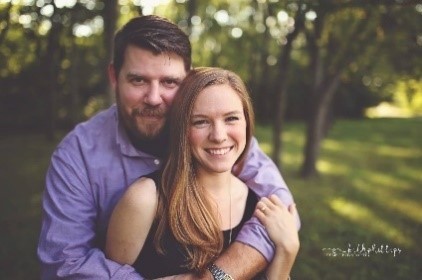 This KFMA Ag Economist Spotlight feature comes to you straight from the Flint Hills in our Council Grove office. Chelsea Fullerton serves members in the southwestern portion of the North East Association. She has been making a positive impact and helping members in her current role for two years. Her favorite portions of being an Ag Economist are working with producers, using her strengths in economics, finance, and business, and helping provide assistance to members who may not have the time or expertise to analyze their operations and determine profitable management practices.

Chelsea grew up in Rosalia, Kansas. Some of her favorite memories living in Butler County were raising and showing Percheron draft horses with her family, track and field events, and playing outdoors. Chelsea competed in cross country, 1,600-meter, 3,200 meter, and 4x800 meter relay in high school. She earned a spot on the Ottawa University cross country and track teams competing in the 5,000 and 10,000-meter events while studying Business Economics and Accounting on academic scholarship. Her Business and Economics classes at OU fueled a passion for case studies and analyzing numbers to solve problems. After graduating OU, Chelsea studied Agricultural Economics at Purdue University in Indiana. Her thesis work focused on studying multigenerational farms and how they functioned. She says seeing the way they made decisions and farmed in the corn belt was a very insightful experience that helps her to this day.

Family and running are still key elements in Chelsea’s life. This spring she competed in the Boston Marathon. Chelsea and husband, Logan, were married in December. Logan is a Law Enforcement Officer and longtime friend from church. Chelsea’s mother and father reside in the greater Flint Hills area, while her two brothers and their families live in El Dorado, Kansas and Little Rock, Arkansas. One of her favorite titles is “Aunt” to two little nephews. Copper and Sif, Logan’s cats rescued on the job, are already fast friends.

Chelsea is a great example of KFMA Ag Economists who enjoy their work, serving members, and bringing solutions to the table. Her drive and determination are on display meeting clients, crunching numbers, and running marathons. We are glad to have her on the Kansas Farm Management Association team. Next time you see her say hello, congratulate her on the wedding vows, and encourage her as she trains for another marathon.

Clay Simons, Executive Economist for the South Central Association, is in the Spotlight this quarter. This year marks the 14th year he has been on the KFMA roster. Before accepting the role as Executive Economist for South Central Association, Clay was an Ag Economist in the Northeast Association’s Council Grove office; being only one of four Ag Economists to hold the distinction of having served in two associations. Clay says even through different soils and rainfall amounts, there are great producers in both associations who do a terrific job of managing the resources at their disposal.

Despite having an indirect path to his current role, Clay has found a home in Lincolnville, Kansas and with KFMA. Clay grew up in Happy, Texas. Yes, Happy, Texas: the town without a frown! He studied Animal Science at Texas A &M University and moved to Kansas after graduation to serve as a grain merchandiser. Clay went on to bring K-State’s resources to the masses by working as an Agricultural Extension Agent in Meade and Ford counties. Following this Clay worked in K-State’s Department of Agricultural Economics as an Extension Assistant under Dr. Barry Flinchbaugh. During this time, he administered many well-known extension programs such as M.A.S.T., risk management clubs, and extensive policy work, all while taking graduate coursework. After this period Clay accepted the role of Ag Economist in the Northeast Association where he served for 12 years.

Clay and his wife, Sharon, have raised three wonderful children. Carlye, the oldest, is a K-State Food Science graduate working in viticulture in Oregon. Cacey, a twin, works for the Girl Scouts in Wichita, and Ty, her fraternal brother, is finishing up at Emporia State University and looking to enroll in Physical Therapy school next fall. When not working Clay can be found cooking and updating his home. Recently, he has added new walls, redone cabinetry, and is working on the kitchen. As a lifelong learner, Clay is grateful for YouTube and all the good building tips he has gleaned there. He also enjoys a good book, especially on history and World War II, and good music, something with good songwriting or big band and western swing.

Perhaps what Clay enjoys most of all in his role with KFMA is making a positive difference for his members by providing information and tools to make better decisions, fully consider options, and reflect on possible consequences. Clay readily admits on some days he learns as much from his members as they learn from him. A lesson obtained from savvy producers is one size doesn’t fit all; good managers make the most of what they can control, while other good managers are successful with very different resources.

Clay led the South Central Association through a relocation to a new office in Hutchinson. If you have not seen it yet, stop by sometime and visit with the friendly folks there. When you get the chance stop in, say hello to Clay and ask him about the last good book he read or how the house update is coming along. Great team members like Clay make KFMA the organization what it is today. We are glad to have him and look forward to a bright future with him leading the charge in South Central Kansas. 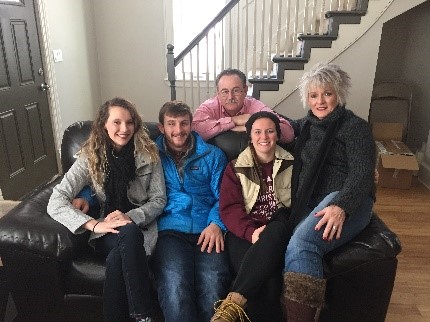